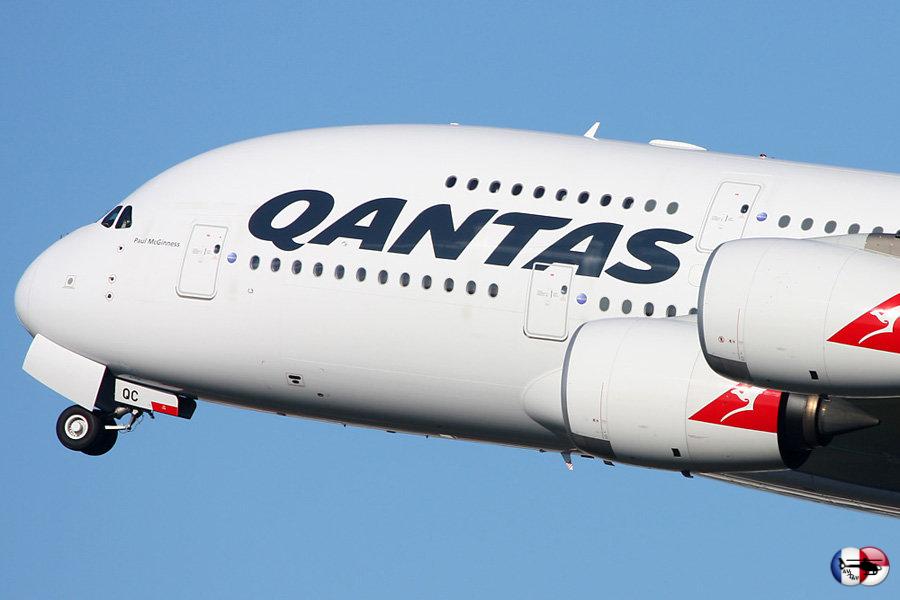 The Qantas Group has delivered a strong first half profit despite a $416 million (27 percent) increase in its fuel bill.

Reducing the gap between the increased fuel bill and fall in earnings shows that the Group succeeded in substantially recovering much of the higher fuel cost through a 5.7 percent increase in unit revenue, which was helped by disciplined capacity management.

This strong revenue performance also helped the Group deal with a rise in non-fuel costs, including the impact of a weaker Australian Dollar and higher commission costs, to post record profits in its domestic flying business and Qantas Loyalty.

“We’re really pleased with how the business responded to the challenges and opportunities we saw in the half.

“Our dual brand strategy with Qantas and Jetstar in the domestic market meant these segments delivered another set of record earnings. Across our network, capacity is broadly meeting demand, including shifts to capitalize on the continued strength of the resources sector.

“Higher oil prices were a significant headwind and we moved quickly to recover as much of the cost as we could. That’s easier to achieve in the domestic market than on longer international routes, where fuel is a much bigger factor, and that’s reflected in the segment results we’re reporting today.

“We also saw an increase in selling costs, simply due to the commissions associated with the 6 percent rise in revenue, as well as costs linked to a weaker Australian dollar.

“Importantly, we made good progress against our longer-term strategy. More 787s arrived and more 747s are being retired; Loyalty continued to diversify with new revenue streams to deliver another record result and we started or completed several lounge upgrades to help maintain the revenue premium Qantas achieves.

“These factors point to a strong second half and we expect to completely recover our increased fuel costs by the end of this financial year.

“We are mindful of potential signs of weakness in the broader economy and we’re always adjusting capacity to meet demand in individual markets – but overall revenue and yield indicators remain positive.

“Above all, the resilience we’ve built into the business gives us plenty of confidence about our performance going forward.”

Group Domestic achieved another record profit, up 1 percent to $659 million, made up of record earnings from both Qantas and Jetstar.

Qantas Domestic achieved an EBIT of $453 million – 1 percent higher than the same time last year. Capacity continues to be adjusted in line with demand in different markets, with more seats added to intra-WA resources markets for the second half as revenue from the sector grew by $28 million in the first half. Average load factor grew by almost 1 percentage point to 79.6 percent and unit revenue was up 7.5 percent.

Jetstar’s record domestic result was helped by an increase of average load factor to 87.8 and an 11 percent increase in ancillary revenue per passenger. Affordability remains key to stimulating travel demand on Jetstar routes – almost two-thirds of fares sold domestically and internationally in the past 12 months cost less than $100.

Qantas International’s revenue increased by almost 7 percent to $3.7 billion but EBIT declined by 60 percent to $90 million, largely due to a rapid rise in fuel costs (up by $219 million for the half) that couldn’t be fully recovered.

Benefits from the introduction of the Dreamliner into Qantas International continued to flow, as did the upside from hub and network changes. Load factor grew by 1 percentage point to 85.5 percent and capacity growth rate moderated to 1.3 percent in a market that grew by 3.8 percent.

A strong unit revenue performance by Jetstar International helped substantially offset its higher fuel costs, with healthy levels of demand on key leisure routes. Earnings of Jetstar airlines in Asia were reduced by higher fuel costs and airport charges, while Jetstar Japan remained profitable in the half.

Qantas Loyalty achieved another record result with profit up 4 per cent to $175 million. This was driven by the fundamental strength of the Frequent Flyer program and its growing list of retail partners, as well as continued revenue growth from new ventures including health insurance and financial services. Total revenue grew by 8.3 per cent.

The result highlights the continued demand for Qantas Points and their ability to influence consumer choice. Credit cards that earn Qantas Points grew by 4 percent compared with a decline of 1 percent[2] for the market.  Take-up of Qantas’ two own credit cards grew during the half, with a third ‘super-premium’ card added to the portfolio during Q3.

Qantas International took delivery of three 787-9s in the half with a further six arriving from the first half of FY20 to take the total fleet to 14. This is facilitating accelerated retirement of the 747 in the next two years; a further three 747s will have been removed by the end of FY19, leaving seven.

As recently announced, Qantas has formalized with Airbus its decision not to take eight additional A380s that were ordered in 2006. These aircraft have not been part of the airline’s fleet and network plans for some time. Qantas remains committed to a major upgrade of its existing A380s, which begins in mid-calendar 2019.

Several streams of work on Project Sunrise – which aims to deliver non-stop flights from the east coast of Australia to New York and London by 2022 – continued in the half and it remains on track.

The Group met all targets of its financial framework in the half. Net debt was at the bottom of the target range at $5.2 billion. Debt maturity has been improved by a 10 year, $450 million debt program and short term liquidity remained strong at $2.5 billion.

Operating cash flow remained strong at nearly $1.3 billion, down $480 million chiefly due to the timing of payments including fuel hedging for all of FY20. The Group’s ongoing transformation program delivered $206 million of cost and revenue benefits in the half.R

In addition to the $500 million shareholder return announced August 2018, the Qantas Board has announced a further return of up to $500 million. This comprises an interim franked dividend increased to 12 cents per share to be paid on 28 March 2019 with a record date of 5 March 2019, as well as an on-market share buy-back of up to $305 million. This additional buy-back is expected to bring the total reduction of shares on issue to 28 percent since 2015.

As of 23 January 2019, foreign persons potentially held relevant interests in 40.3 percent of the issued share capital of Qantas.

The Qantas Group has announced an ambitious plan to become the world’s first airline to reuse, recycle and compost at least three-quarters of its waste to landfill by the end of 2021. More than 100 million single-use plastic items per annum will be removed from lounges and cabins by the end of 2020.

In the process of carrying 50 million people each year, Qantas, Jetstar and QantasLink generate more than 30,000 tonnes of waste – the equivalent weight of about eighty 747 aircraft.

Examples of reduction measures include switching to alternative packaging, donating or composting food and increasing digitization of paper-based products ranging from manuals to boarding passes.

Fleet renewal continues to drive further career opportunities across the Group. Over 1,000 pilots have been recruited since 2016 and a further 1,000 have received promotions.

During the half, Toowoomba in Queensland was announced as the first of two sites for the Qantas Group Pilot Academy, due to open by mid-2019. A process is underway to select a second location, with the two sites capable of training up to a combined 500 pilots a year to meet the demand for the Group.

Japan Airlines (JAL) and Aeroflot have signed a Memorandum of Understanding (MoU) for a strategic cooperation agreement to pursue commercial opportunities which will greatly benefit the customers of both airlines by providing more options for travel between Russia and Japan.  Since the relaxation of visa requirements to the nationals of[…]

The National Transportation Safety Board (NTSB) released the fourth update on its investigation into the Jan. 7 fire aboard a Japan Airlines Boeing 787 at Logan International Airport in Boston. The fire occurred after the airplane had landed and no passengers or crew were onboard. The event airplane, JA829J was delivered[…]

Fiji Airways and Japan Airlines announced a codeshare arrangement that makes travel between Japan and Fiji much more convenient for travelers. Both airlines are members of the oneworld alliance family, with Japan Airlines being a fully-fledged member while Fiji Airways is a member of the oneworld connect programme. The codeshare arrangement, now open[…]