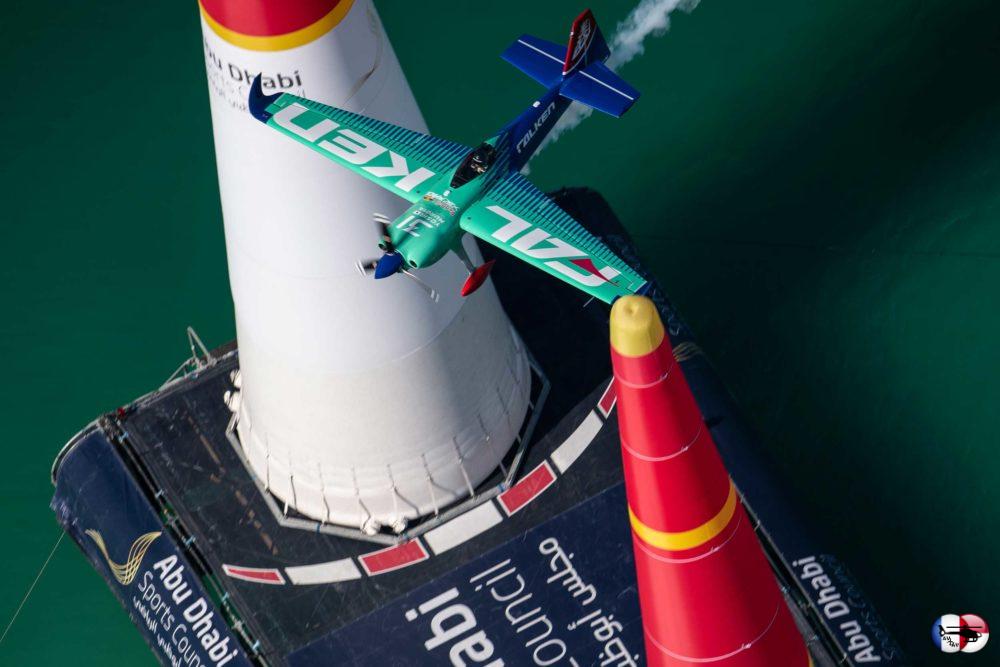 +VIDEO Japan’s Yoshihide Muroya, the 2017 world champion, won the opening round of the 2019 Red Bull Air Race World Championship in Abu Dhabi at the weekend. He claimed the race win by just 0.003s over his long-time rival, defending World Champion Martin Sonka of the Czech Republic.

The result sets the tone for the eight-race season to come, and with third-place Michael Goulian (USA) just one point behind Sonka in the overall standings, plus 11 other elite contenders in the mix, there is no telling who will be on top at the November finale.

Although Abu Dhabi provided beautiful flying conditions, a significant shift in wind direction since Friday’s Qualifying resulted in numerous errors. The opening Round of 14 featured seven head-to-heads, with the fastest of each pair advancing, joined by the Fastest Loser. Sonka and Goulian advanced easily.

But the first round was especially tense for the man who finished overall runner-up to Sonka in 2018, Matt Hall (AUS). Already dealing with raceplane issues, Hall faced another challenge in his head-to-head with Great Britain’s Ben Murphy when he was assessed a penalty. But when Murphy received four seconds of penalty including a pylon hit, the Aussie escaped to make the Round of 8 for the 50thtime in his career. There he would face off with Sonka. 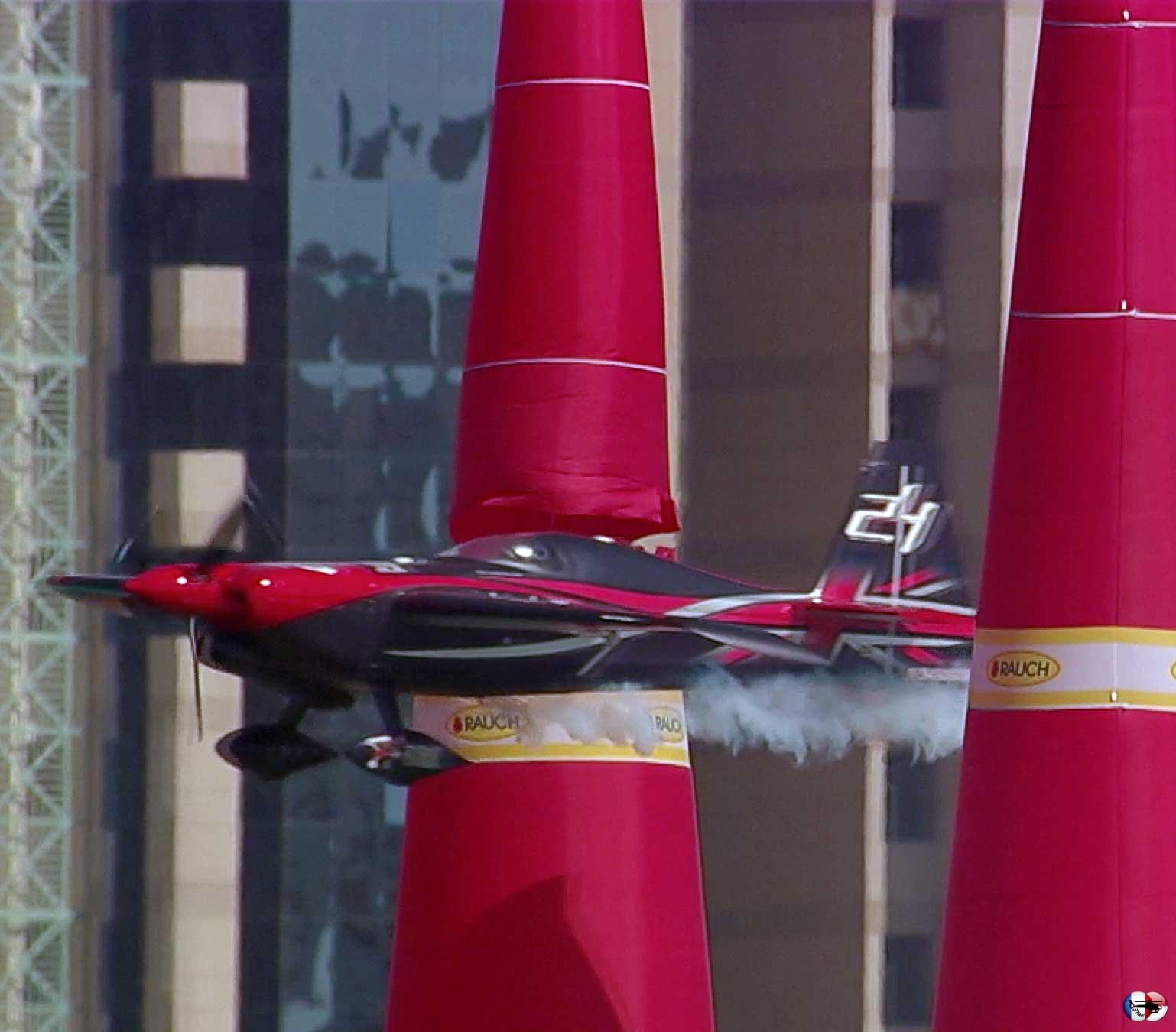 Ben said afterwards, “I couldn’t be more disappointed to be honest. We had it pretty much gifted to us on a plate when Matt had a penalty. I was flying an aggressive lap, rather than a banker lap, and picked up an Over G, a pylon hit. Never hit a pylon in a race before – and didn’t want to start today. The day just didn’t go the way we wanted it to.”

The Hall vs. Sonka showdown was the last matchup in the Round of 8, but the rivals made it worth the wait. Hall flew cleanly, but his 54.760 left the window open, given that’s onka had flown just over a second faster in the opening round. Then Sonka took off and incurred a one-second penalty for an Over G, and the race was on. Knowing that another Over G would be disaster, the Czech champion pushed as hard as he dared, and just managed to nip a disappointed Hall by 0.256.

In addition to Sonka, the pilots who advanced to the all-important Final 4 were Goulian, Muroya and French pilot Nicolas Ivanoff. But Ivanoff discovered technical problems and was unable to start his engine, giving him a Did Not Start and fourth place.

Muroya, Goulian and Sonka were assured a spot on the podium, but who would take the win? 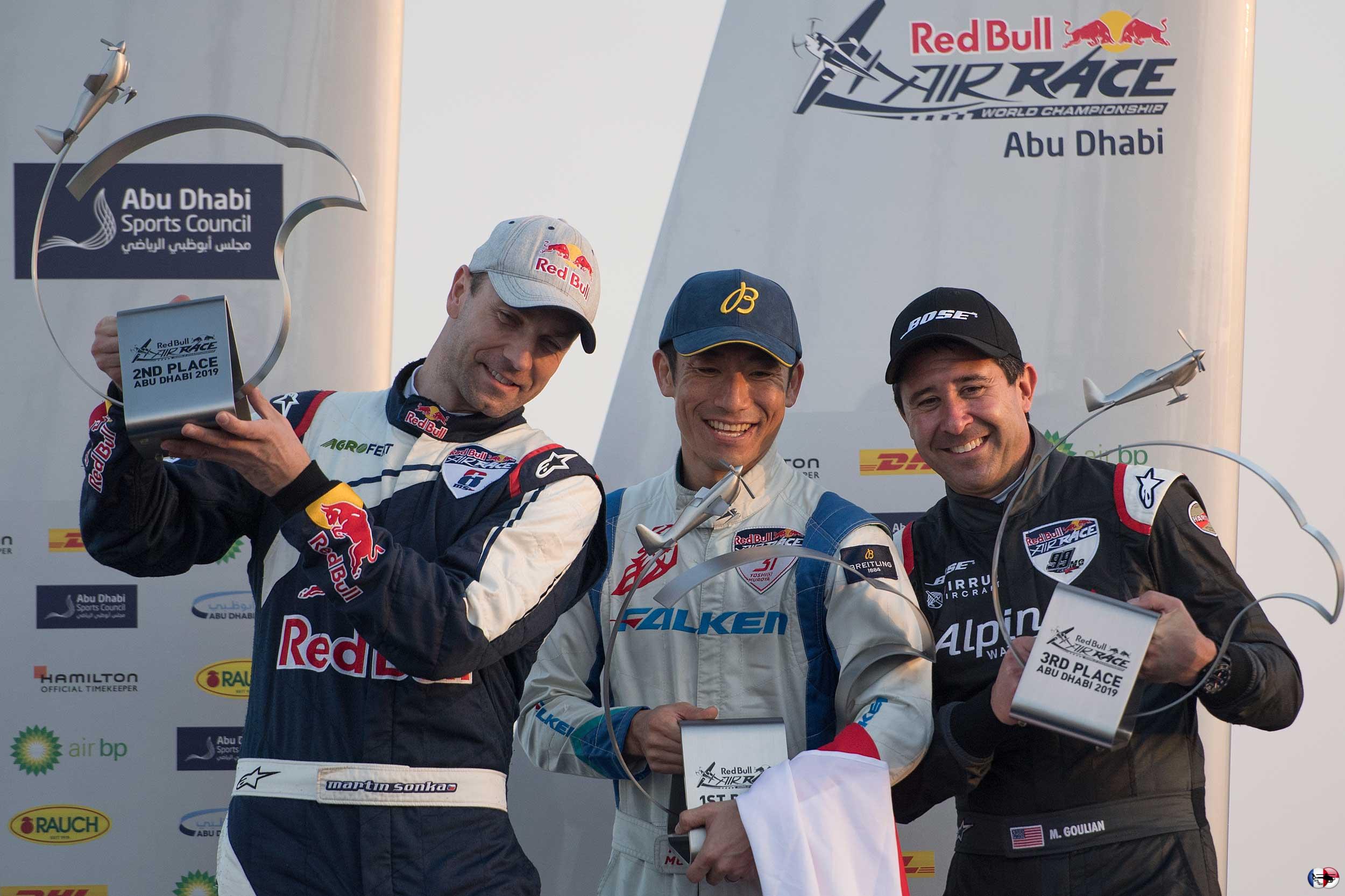 Muroya flew a sizzling 53.780, and Goulian couldn’t quite maintain the pace, clocking 54.009. It was all up to Sonka. The Czech pilot had the lead for the first splits, but then slipped back to give Muroya the win by three-thousandths of a second.

As the winner of both Qualifying and the race, Muroya made the most of a new World Championship points system in 2019. Points are now awarded for top finishers in Qualifying, and the number of points available on Race Day has changed, as well. Muroya racked up 3 points for Qualifying plus 25 points for the race victory, for 28 overall. In second overall, Sonka has 22 points, while Goulian holds 21.

Afterwards, Muroya said, “It was really close today, but our teamwork worked out. The wind had shifted 180 degrees, so it was very, very difficult to get through Gate 7 today. I think maybe everyone was struggling there. It’s important to win to maximise the points, and our flights were very consistent from Free Practice 1 to the Final, so we’re really happy about that.”

Деловая авиация на Ближнем Востоке и в Средней Азии Airbus Helicopters has been awarded a contract from the Japan Coast Guard (JCG) for the purchase of three additional H225s. This new order will bring the JCG’s total H225 fleet to nine units by February 2020. The JCG already placed an[…]